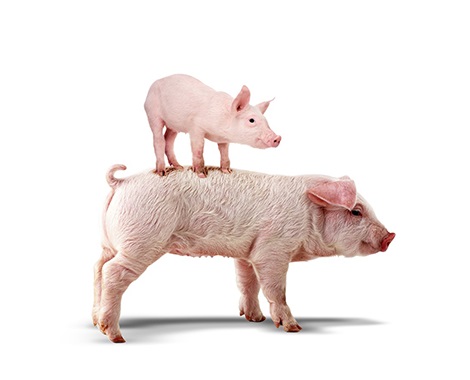 Tailgating or piggy backing is becoming a greater security concern. The term tailgating or piggy backing refers to two or more people attempting to pass through an entrance that has a “one at a time” rule, or where ID authentication is required to enter. Enforcing compliance with credentialed entries or exits is an access control process governed by certain rules. One such rule is one credentialed person entering or leaving a building or a specified part of a building at a time. The security objective is to monitor and verify who came into a building or who is in a certain section of a building; the time they entered, and the time they left.
Detecting tailgating or piggy back entries can be done with combinations of infrared beams or time of flight sensors, people counters, or video analytics. Prices will very, from $500 and up. Generally speaking, higher priced anti-tailgating systems have greater detection capabilities, higher levels of accuracy, fewer false positives, or undetected events. Detection solutions are used when the monitored location does not have a vestibule type door configuration with interlocking door capability.
Preventing tailgating is more expensive than detecting tailgating. The only way to prevent tailgating is with posted security personnel or an automated access control entrance specifically programmed to prevent tailgating/piggybacking that has automated interlocking doors.
Automated interlocking doors are the more economical solution of the two. They don’t require staffing and can operate 24/7, 365 days a year. The cost for a tailgating prevention entrance with interlocking doors starts at about $15,000 depending on the level of sophistication and construction required.
Tailgating prevention is accomplished by denying entrance through the second of two interlocked doors when more than one person is detected. When two or more people are detected the second of the interlocked doors remains locked and denies entry. Generally speaking, facilities or entrances that require greater access control are more likely to want to prevent tailgating as opposed to just detecting it.
Isotec’s Safety Entrances® are also devised to detect tailgating. In this application if two or more people enter our Safety Entrance® all parties must pass through the metal detector and be confirmed that they are not carrying a gun. The second door does not open if anyone of the occupants activates the metal detector.
Attempting to tailgate or piggy back off one person clearing screening while another does not pass through the metal detector is a common threat that is prevented with sensors that detect motion and presence of other occupants that have yet to be screened. Sensors operating based on the scenario of operation pre-programmed into the Safety Entrance®, detect and prevent occupants to avoid screening by tailgating.
The most effective, 100% guaranteed way to prevent tailgating, even on an espionage level, is a double positive ID protocol augmented with which a weight system. This type of anti-tailgating entrance has yet to be breached.
Tailgating countermeasures can also interface with legacy security systems. This is done with dry contact out puts that transmit signals to the legacy security system.